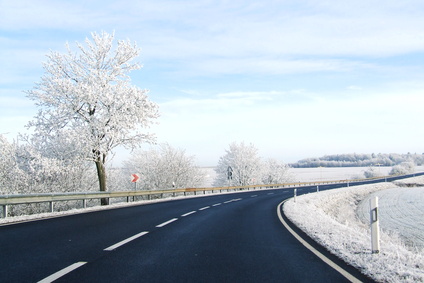 The Bavarian capital is tremendously diverse. Not for nothing has the two – contradictory in itself – nicknames: “million village on the Isar” and “city of dreams”.
Even the Bavarian countryside has a lot to offer: from captivating countryside to cultural treasures ranging from what we present on our sightseeing tours.

Our driver will show you the highlights of the city, as well as unknown angles and other charming venues through the limousine services on a sightseeing tour of Munich.

Whether you are interested in culture or if your tastes are more on a technical or scientific field, whether you are just enjoying the wonderful flavor of the city or want to take advantage of the outstanding shopping, our chauffeurs have excellent knowledge of their home city and bring to you the most interesting Places. The near and Munich is worth more than seeing.

More than just airport transfer with our limousine service

Even outside the airport perimeter is our Limousine Service in Munich around the clock to assist you.
This means: In addition to the actual airport transfers to and from Munich Airport with the many amenities, we take you to all the places that are on your program and any other locations you spontaneously decide to go. This can sightseeing tours in Munich and Bavaria be just like the ride at certain events. Also exhibition and conventions include naturally included. Our drivers will wait at the restaurant or theater, after your stay at the fair, or in a bar at an agreed location, and take you to any other location or to your hotel. Since our chauffeurs know their hometown and surroundings very well, you can be assured to have interesting tips for recreational activities, be it cultural peculiarities, current events, or special treats.

Prepared sightseeing – tours by limousine service in Munich and Bavaria

For those who know little or not much about Munich, we have prepared tours that give a first, but deep insight into the peculiarities of the city. These would include the magnificent parkland of the English Garden, the Olympic Park with the unique architecture of the stadium roof, Nymphenburg Palace and the residence as well as the Marienplatz with the subsequent Viktualienmarkt, with its immense variety of gourmet delicacies.

The BMW world has an exciting BMW Museum or the German Museum, where technical exhibits have existed since the beginning of industrialization.

The Bavarian countryside also offers many delights. You might want to try very traditional dishes in a primitive economy. The local driver of our Limousine Services in Munich can take you there. Or do you prefer to enjoy the imposing Zugspitze, with almost 3000 meters to the Top of Germany? The drive to Garmisch-Partenkirchen is also on the program of our drivers. Quite different, but no less significant, are the beautiful lakes around Munich, the Tegernsee and the Starnberg Lake offer a beautiful scene as well as culinary delights.

For those interested in culture, there is the legendary monastery Andechs and the contemplative Wieskirche.

Customized sightseeing tours in and around Munich

Our Limousine Service in Munich for years possessed not just its reputation; they would not go against on your personal wishes. You can express your desires in advance or spontaneously during a detailed discussion. The drivers are prepared for all eventualities. This also relates to the design of the evenings. Whether theater or festive dinner, whether to stay in a trendy or even in a concealed bar, our experienced chauffeurs will give you the best advice because of their many years of experience, their empathy, and last but not least their sound local knowledge.

Enjoy with our Limousine Service in Munich on our tours through the city and Bavaria and all you interested in:

Outside the city limits:

Comprehensive services by our Limousine Service

The driver of our limousine services are, however, not solely just chauffeurs. On the contrary: They are also tour guides, because of their comprehensive language skills, interpretation, and organization.
If you want, we keep everything away from you Planning, so you can leave them alone and completely relaxed to the most beautiful sights in Munich and Bavaria put himself.

So enjoy the day, the weekend, or even a longer time in beautiful Munich with its magnificent surroundings!